Looking into the World of Mobile-First Web Design

Why We Need Mobile-First Web Design

Since 2015 Google’s mobile-first algorithm changes have prioritized so-called mobile-first websites. With the ever-increasing number of demanding and sophisticated mobile consumers, Google had to adapt. And that means website owners and marketers had to adapt as well by adopting and utilizing the principles of mobile-first web design.

Mobile-first is simply a term or concept for mobile-optimized web design. As the name implies, with this strategy mobile-oriented sites are given priority, and additional elements and functionality are added as screen size increases.

As with so many other web design changes and directives, this all started with Google. Back in 2015 Google decided to focus on how the internet is experienced by the average user. And since most of us were beginning to use mobile devices to surf the web more often the mobile user experience started to take precedent.

And this shift into mobile-first web design thinking brought with it one of the most monumental shifts in web design up to that point. It even had a catchy and somewhat intimidating name: Mobilegeddon. My timeline of Google mobile-first algorithm changes starts there.

What was Mobilegeddon all about?

Mobilegeddon is a media name given to a set of major updates that Google performed to its algorithms on April 21st, 2015. In short, this update was primarily meant to boost the rankings of websites that Google recognized as mobile-friendly.

Non-mobile-friendly websites, as identified by Google would not necessarily be pushed down in search rankings, but their mobile-friendly counterparts would receive favorable treatment. At least, that was the plan.

But Google has many major ranking factors (and they did in 2015 as well), so it didn’t necessarily follow that a mobile-friendly website would leapfrog its non-mobile-friendly competitor in every case. There have always been major factors associated with high search rankings, like and quality content, backlink authority—and “Mobilegeddon” kept all of these factors into account.

Even so, the paradigm shift was apparent: mobile consumers and users were on the rise, and Google was beginning to pay attention to them. Which meant all of us had to do the same if we wanted to stay ahead of the digital curve.

The Aftermath of Mobilegeddon

Like many concepts that get hyped up on the media, Mobilegeddon wasn’t quite as “Armageddon-ish” as many expected. Bad websites didn’t completely fall off the face of the earth. As a matter of fact, even now, 5 years later, many websites still do not provide an adequate mobile-first user experience!

Since mobilegeddon, 25% of websites without any previous mobile strategy have become mobile-friendly. Moreover, after the shift, e-commerce site owners focused on embracing a mobile strategy as fast as possible.

The digital world is transitioning more and more toward giving internet users what they want. This means that modern businesses and product brands shifting more thought and attention to the mobile experience.

But unfortunately, we are still nowhere near where we should be. Even after Mobilegeddon one-third of all websites are still unaware or simply don’t care about mobile ranking signals.

Where exactly do we go from here? Let’s continue with our timeline of the Google mobile-first algorithm changes and find out. And we don’t have far to go.

Let me jump ahead for just a brief second. 2018 signaled the beginning of a new era in mobile-first web design. Before I go into that, let me continue my timeline of Google mobile-first algorithm changes by looking at what exactly motivated these changes.

What Does Mobile-First Indexing Mean?

Google is steadily moving to a mobile-only world. Mobile-first indexing seems like the inevitable consequence of a year (or more) almost exclusively dedicated to evangelizing and forcing a change of mindset from desktop to mobile. Moz

2018: The Rollout of Mobile-First Indexing

Next on our timeline of Google mobile-first algorithm changes is a long-anticipated (and often delayed) event. On March 26th, 2018, Google officially announced that it had begun to roll out mobile-first indexing. And while this again struck fear into the hearts of many website owners it all depended on how well your website was prepared.

At the most general level, the way Google identifies and categorizes your website in search rankings is by crawling, indexing, and ranking it. Up until then, Google’s “crawlers” would crawl the desktop version of websites, as that was often the most commonly viewed iteration of the average website.

With the rise of mobile search—which has surpassed desktop search in recent years—Google has realized that desktop-first indexing no longer makes sense. As I mentioned above, Google announced it was researching and looking into mobile-first indexing back in November of 2016. If most people are using mobile devices to search, why should ranking and indexing be decided based on the nature and performance of desktop sites?

This means mobile-first indexing is here to stay. And mobile-first web design is the only strategy that will help you support your short and long-term business objectives.

While Google has to this point remained silent, website owners noticed significant volatility in search results this past July, specifically on July 11, 12, 16, and 18, 2019. This suggests another one of Google’s mobile-first algorithm changes. This seems to contradict Google’s earlier statement that they would be announcing larger algorithm changes in advance.

Some SEO professionals are of the opinion that Maverick is an attempt by Google to even-out the results of their June 2019 core update which saw many sites lose significant traffic, likely in part due to the core update coinciding with the Diversity Update of June 4-6. Search volatility appears to be consistent across different devices and product categories according to SEMRush.

Regardless, Maverick has resulted in noticeable volatility in search engine results and traffic with no particular industry or niche being affected. This is leading to speculation that the above-mentioned June core update did not go as planned and Maverick represents a correction of sorts.

With Google remaining mum as far as confirming or denying the update, marketers and website owners are left with the same recourse always offered by Google, creating high-quality content that is useful to your audience.

In 2021 and beyond, mobile-first web design will be more relevant than ever. Companies and product brands will do well to embrace it. Mobile-first design is only going to become more important. As the number of mobile consumers increases so will the number and variety of mobile devices.

Not only that, but mobile consumers are evolving as well. What was considered an acceptable mobile user experience only a few short months ago is no longer going to cut it.

If you want your online presence to be relevant and informative to ever more demanding and sophisticated mobile consumers, you need to keep working at it. Just as Google is working on their next mobile-first algorithm changes.

Of course, this is all up to you, the business owner. You can keep sticking your head in the sand and believe that “my consumers will know where to find me.” But all that approach will get you is sand up your nose and in your eyes!

Study after study has shown that mobile consumers are using mobile search more and more to find solutions to their most pressing problems. Mobile-first web design will ensure they will find you instead of your non-mobile competitors.

Do You Need Help Adapting Your Site to the Google Mobile-First Algorithm Changes?

Feel free to reach out to us and learn more about our business website design and redesign services. Our team will listen to your concerns, evaluate your needs, and help you meet mobile user expectations and benefit from the latest Google Mobile-First algorithm changes.

Have you focused on mobile-first web design for your business or product brand? If so, how has this helped you better meet your mobile user expectations? If not, what is the biggest obstacle you face getting a mobile-first online presence? Do you have other problems with your business website design?

Please feel free to comment below so our audience can benefit as well and grab our feed so you don’t miss our next post! And feel free to share our post with your audience!

Thank you! We appreciate your help to end bad business websites, one pixel at a time! 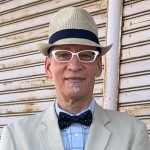 I am the Co-Founder and Creative Technologist at PixoLabo. When I am not busy running our agency and building websites for our clients, I consult, teach, and write about web and user experience design, WordPress, e-commerce, and SEO. I live with my wife, an award-winning Japanese designer and photographer, and our cat Dashi in Sendai, Japan.

To support our content creation PixoLabo earns revenue in a few different ways. We occasionally publish sponsored posts, which are always clearly labeled at the top. We also sometimes earn an affiliate commission on the sale of products we link to. We feature only products and services we genuinely love, use, and want to share with our readers. This is an arrangement between the service or product provider and PixoLabo (our clients never pay more for any product or service.) These are the ways we support PixoLabo and allow us to run this blog and engage with our community. Thank you for reading!